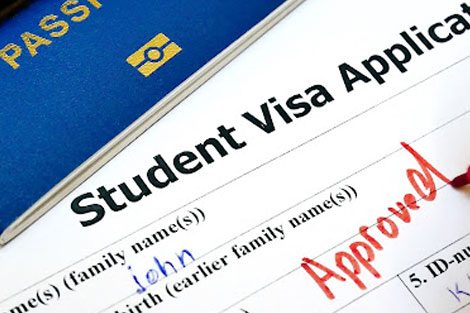 As a result of the Covid-19 pandemic, the Australian government will offer visa rebates to students and backpackers who wish to visit the nation in an effort to fill a record number of vacant positions.

Visitors to Australia who enter on a student or working holiday visa, according to Prime Minister Scott Morrison, will receive a rebate on their visa application fees, he said. Australian Prime Minister Scott Morrison expressed confidence that new arrivals would be able to assist in filling some of the country’s “critical workforce shortages,” particularly in the hospitality and agricultural sectors.

Following a large outbreak of the omicron Covid-19 variety in Australia, the country’s economy has been under growing strain over the past few months. Workers who have been forced to isolate themselves as a result of contracting the virus have caused supply shortages across the country, resulting in some grocery shelves being completely bare in some areas. According to a number of food and logistics companies, between 10 per cent and 50 per cent of their personnel were absent from their places of employment on any given day.

Morrison did not specify how the rebate would be structured, but he did state that it will be available to students for the next eight weeks and working holiday visa holders for the following twelve weeks. A total of AU$55 million ($39.5 million) is expected to be spent on the scheme, with Treasurer Josh Frydenberg stating that the government hopes to get applications from as many as 175,000 people.

Deputy Prime Minister and Opposition Labor Leader Anthony Albanese claimed in an opinion piece distributed by his office on Wednesday that Australia was “too reliant on migrant labor.” Albanese stated that if the economy is to properly recover from the pandemic, the Morrison government must address a skills gap in the workforce.

According to him, the long-term solution is to train more Australians in order to meet our own labor needs. In the face of a skills scarcity and two million Australians who are either unemployed or underemployed, it is remarkable that we are experiencing a skills shortage.

Australia, according to Morrison, is still in a good position when it comes to its Covid-19 response, as seen by high vaccination rates and a low number of deaths when compared to other western countries. As he continued, “the crest of this omicron wave is either upon us now or will come upon us in various states over the following two weeks.”

There have been a number of announcements from the federal government to address significant worker shortages as well as to encourage the quick return of overseas students and working holidaymakers to Australia.

Visa extensions for Temporary Graduate (subclass 485) visa holders who have been affected by COVID-19.

Work restrictions for students on student visas have been lifted for the time being.

Earlier this month, the Prime Minister, Scott Morrison, announced a further temporary easing of the 40-hour per-fortnight restriction on work hours for overseas students across all sectors of the Australian economy in order to address acute manpower concerns. However, the increased flexibility in working hours for student visa holders does not alter the requirement that student visa holders must maintain their course enrollment, ensure adequate course attendance, and make satisfactory progress in their courses. Student visa holders who cancel their enrollment and cease attending classes, or who fail to make adequate progress in their courses, may be in violation of the terms and conditions of their student visa.

Student visa application fees will be refunded to those who arrive before March 19, 2022.

Detailed information will be made available on the Department of Home Affairs’ website in the very near future. 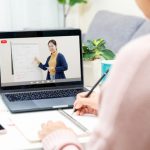 How online courses can help you become a skilled worker