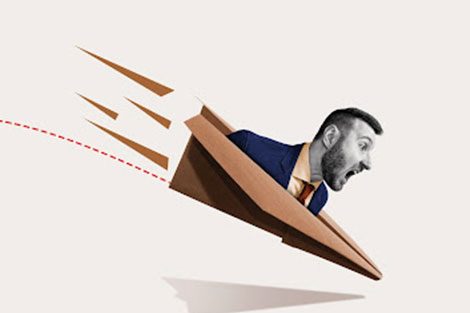 According to the most recent economic forecast published by the Organisation for Economic Co-operation and Development (OECD), which stated that we are only second to Canada in the labour crisis, we have reached this conclusion.

Australian businesses are losing out on billions of dollars each year due to a skills crisis that is leaving them short-staffed and unable to find qualified workers.

The Australian Bureau of Statistics (ABS) disclosed on Wednesday, August 6, 2022, that out of more than 15 million total positions in Australia, there are approximately 420,000 jobs that are currently vacant. This represents a vacancy rate of 2.8 per cent of the labour market, which is equivalent to one job out of every 35.

According to the ABS, the number of job openings climbed by 4.6 per cent between the beginning of January and the end of March. This increase significantly surpassed both the growth rate (which was up 0.6 per cent) and the number of jobs filled (up 0.4 per cent).

Mining, banking and insurance services, administrative assistance, and wholesale commerce are the industries that are suffering the most severely as a result of the shortages.

Yesterday, the Minister of Agriculture, Murray Watt, acknowledged the dilemma and made a commitment that addressing the labour and skills shortfall will be a high priority for his new portfolio. He also stated that he was “open to any ideas” about how to address the problem.

The Australian Bureau of Statistics (ABS) showed that 1.3 million people, or one in ten employed people, changed occupations in 2021-22. This has generated an additional difficulty for businesses. Perhaps a more fair term would be “the Great Resignation.”

The rate of employment mobility is at its greatest level in ten years.

According to Kris Grant, CEO of the management consulting firm ASPL Group, staff retention should be one of the top concerns for businesses right now, and there are five things that companies should act on right away.

First, Grant says, management must create a work environment where there can be an open dialogue with staff. This allows grievances to be aired (and solutions to be sought), but it also ensures a staff member feels valued in the business.

“When employees feel like their bosses are listening to them and value their opinion, everyone benefits,” he said.

“If employees feel valued, they are likely to work harder for the bosses and contribute to an organisation.

“But if managers don’t listen to them or value their opinion, the risk is they will start looking elsewhere for better employment conditions.”

Grant continues that fostering an inclusive workplace culture where activities, awards, and events cater to all staff — including the remote or hybrid ones — will make a happier, more productive environment nearly inevitable.

“If your workplace only rewards a person of a particular type, and excludes others, then those who aren’t included will soon walk away from their jobs, leaving the top dog without key support.”

To that end, Grant continues, to offer flexible working arrangements works, and it should be on offer at least part of the time.

“Workers who feel their employers offer enough flexible options are 2.6 times more likely to be happy in their jobs, according to LinkedIn,” he said.

“Allowing flexibility encourages goodwill, which works both ways, encouraging your employees to stay in your organisation.”

Significantly, Grant says businesses should give a lot of thought to their onboarding experience to wow new recruits to make them feel ingratiated — fast.

“The battle to retain staff begins on day one with effective onboarding,” he said.

“Integrating workers into their positions, their team and the company’s culture is critical [so] make new hires feel welcome and understand why they are there. Done well, onboarding enhances retention.”

And finally, investing in the learning and development of existing staff not only makes them more valuable to the business but helps foster loyalty and goodwill.

“LinkedIn research shows that 94% of employees said they would stay at a company longer if they were offered more learning opportunities,” Grant said.

“Investing in your staff has real payback for your organisation, and is another key strategy to retaining your staff.”

So what can be done to solve the skills crisis?

Investing in education and training is essential to solving the skills crisis. We need to ensure that our schools, training providers and universities are producing graduates with the skills that businesses need and that workers have the opportunity to upskill and reskill throughout their careers.

The government also needs to do more to attract skilled workers from overseas. Australia has long been a destination for highly-skilled migrants, but our current visa system is preventing many of them from coming here.

Reforming our visa system to make it easier for skilled workers to come to Australia would help alleviate the skills shortage, while also boosting our economy.

The skills crisis is a major problem for businesses across Australia, but it is one that can be solved. By investing in education and training, and reforming our visa system, we can ensure that businesses have the skilled workers they need to thrive. 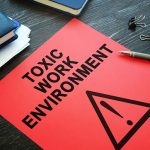 Working in a toxic workplace can lead to serious health problems. 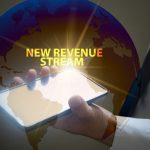